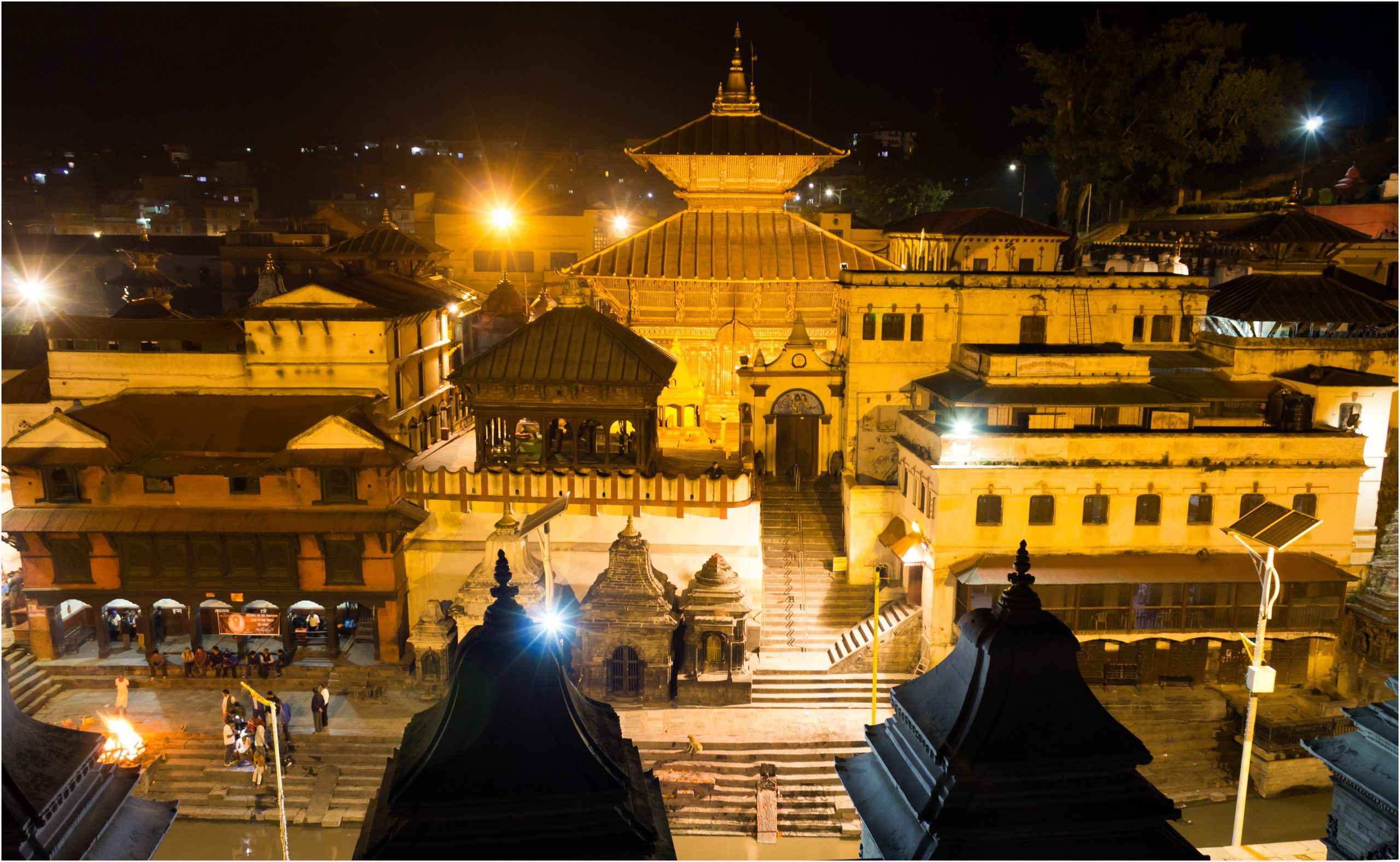 Nepalese Temple Of Life And Death

The Pashupatinath Temple is a World Heritage site since 1979. It is a gigantic temple. The complex has ashrams too. The temple is on the banks of the Bagmati River. Thus far, its connection to the Holy Ganges River in India. Hindus believe Pashupati is incarnation of God Shiva. So, Nepalese regard Pashupati as the national deity.

Thus far, Pashupati may mean a lot of things to the Hindus. Most important is that it is an ancient temple. In the Hindu world, it is one of the most important pilgrimage sites. Hence, people celebrate life and death at the temple.

The temple is a holy place in its entirety. It inludes the famous cremation sites. Most Nepalese funerals in Kathmandu take place here. Hence, it has become a highly spiritual charged area of the temple. Nepal relates to an extremely intense spiritual experience.

There are more than 80 percent Hindus in Nepal. So, Buddhism is the next largest religion with 9 percent of the mix. Then there is Islam with 4.4 percent and Kiratism at 3 percent.

Therefore, Hindu death beliefs, rituals and customs are most common. It is followed by Buddhist culture. Thus far, Hindus and Buddhists both prefer cremation. They both, believe in reincarnation too. The remains are cremated on a pyre made with wood. There are no crematoriums in Nepal. Thus far, religious rites and ceremonies accompany cremation.

Religious traditions infuse the funeral rituals in Nepal. As such, Hindu Pandits and Buddhist Lamas take a lead role to organise funerals. Their belief is to provide spiritual guidance to the soul of the deceased. Thus far, funerals are divine and meaningful.

More than ninety percent of the people who pass away in Kathmandu are cremated on the ghats. These are on the river bank. Thus far, it is common to see a person cremated only a few hours after death. The bodies burning on the ghats are often covered with marigold. Hindus consider this to be auspicious site for cremation. Hence it is so popular. On certain days there may be more than fifty funerals.

The Kriyaputri Bhavan is an ashram for the mourners. Thus far, this is where the family conduct the funeral rituals or puja. So, they receive the guests here too. As such, much of grief healing may happen here too. The Bhavan has fifty-two rooms. and they are always occupied. It estimates almost 15,000 people may reside at the Kriyaputri Bhavan each month.

Thus far, the acceptance of the Kriyaputri Bhavan plays a prominent role to help maintain Hindu traditions. Otherwise, the recommended thirteen days of mourning and rituals may have restrictions in over populated Kathmandu. Hence, these rituals are becoming difficult to maintain in the changing world, especially outside of Nepal.

The Kriyaputri Bhavan at the Pashupatinath complex is central to the mourning process in Kathmandu. A business leader, Dr Upendra Mahato who lives in Russia helped with the expansion. So, the program was to construct a new building. It included to reconstruct and extend the older building. Furthermore, the project was to restore and expand the existing facilities. Thus far, they were the temples, ponds, gardens and water facilities.

The project was over two stages. So, it was in 2005 and 2011. Hence, when the project was completed, it was handed over to the Pashupati Area Development Trust.

Dr Mahato’s initiative was based on his belief that a country may not prosper if it lacks religious progress. He believes spirituality is the deepest conscience and values by which people live. Thus far, with this in mind, the trust invested in this project. It promotes the religious evolution of the people. Moreover, it helps to preserve the rich and exclusive culture.