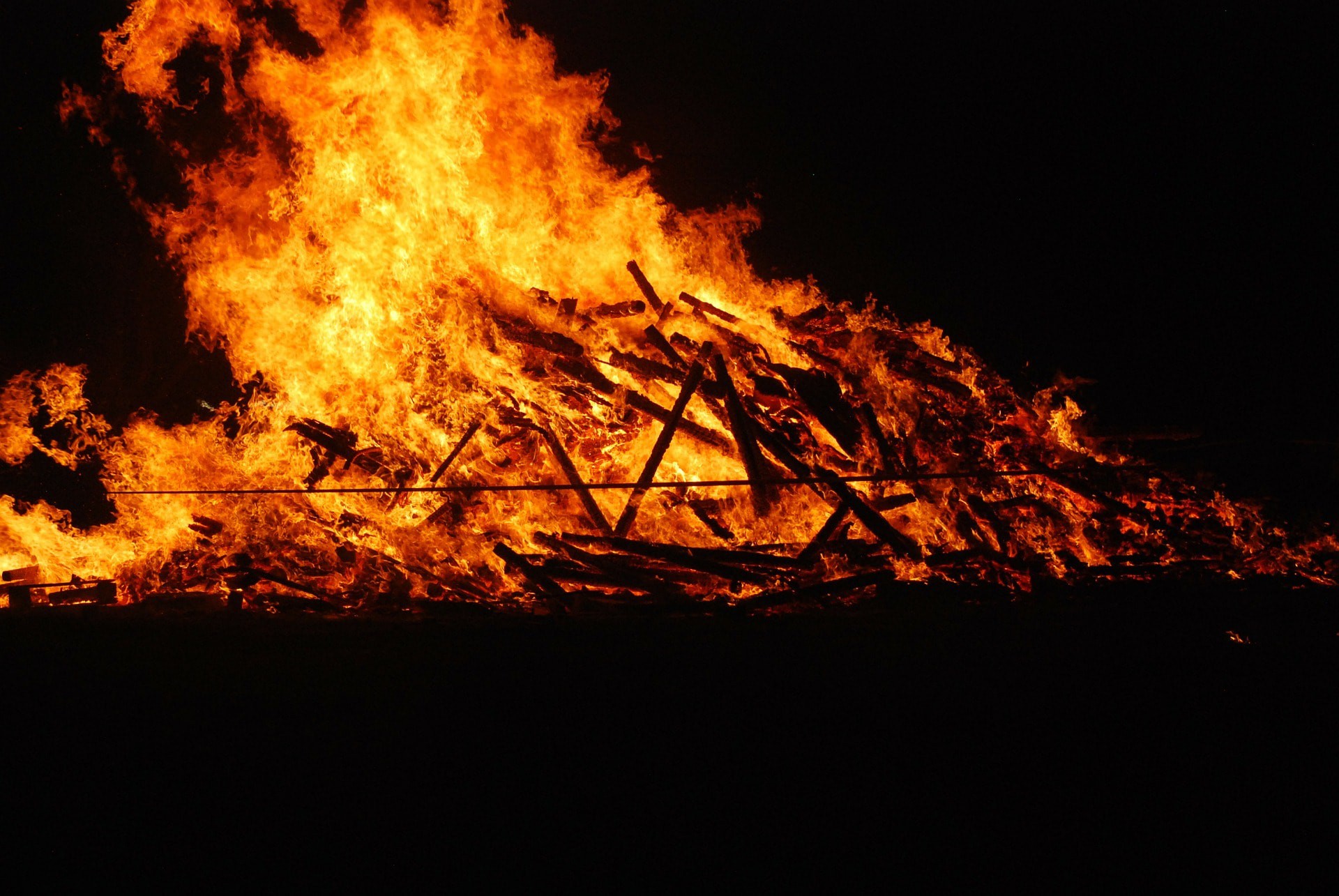 A pyre is a framework, mostly made of wood. Thus far, people refer to it as a funeral pyre. It is made for burning a body as part of a funeral rite. Pyre is an ancient Greek word. So, a body may place upon or under the pyre which is then set on fire.

Funeral pyres have been around the worlds throughout history. So, during the Bronze age, funeral pyres were in use in the modern-day Dublin. It was a part of funeral practices. Norse or Viking used pyres. Their aim was to create large amounts of smoke. The belief was that it would help them to the afterlife.

So, the funeral pyre is an outdoor method of cremation. The belief is that funeral pyres first came into use about 800 BC, by the ancient Greeks. So far, funeral pyres have been in use throughout history. Thus far, some cultures continue to use them today. The pyre forms a part of a funeral service to manage the final rites. It may help people to dispose of the deceased person.

The family may scatter or bury the ashes. Some may choose to place them in an urn after the pyre ritual concludes. Thus far, it may vary. It may depend on religious or cultural beliefs. So, it may depend on the wishes of the deceased person too. Normally it may take up to five hours for the body to become ashes. Funeral pyres often reach up to 800 degrees Celsius.

Pyres Around The World

Although many people relate a funeral pyre with Hindu cremation in India, this cremation method was used by many cultures. Thus far, many Hindus, mainly those living in various regions may not use funeral pyres. They may use other means for their end of life ceremonies. So, most cultures especially in India, Nepal, Bangladesh and Indonesia use funeral pyres today.

Funeral pyres were a status symbol during ancient times in Denmark. Pyres would be huge, often accompanied by firecrackers and gifts. It would use foliage with exclusive scents used with the pyre. So, it would incite all the senses of the mourners. Thus far, funeral pyres were crucial ritual in Denmark for thousands of years.

In ancient Rome, they carried the deceased to a funeral pyre outside of the city. After the body was burned down, the remains were buried. So, some may choose to store ashes in an ornamental container. Hence, for ancient Romans, having a funeral pyre was a sign of wealth. Sometimes, the poverty-stricken Romans were cremated on someone else’s pyre.

Funeral pyres face scrutiny as people investigate burial and cremation methods. Thus far, it is in view to determine if it is friendly to the environment. It is a fact that these ceremonies have been in use throughout history. However, others argue 50 to 60 million trees are cut down every year in India. Furthermore, it concerns the environmentalist with the amount of ash deposit in rivers. Hence, in India they should use more environmentally friendly methods. So, it may be interesting to see these ideas come to fruition sooner than later.

We all live and die. So, death is the same in all cultures. The cycle of death and birth is the same. Hence, how we view death and rituals are different. Thus far, all beliefs and rituals may be right in its own culture. So, there are other ways of grieving too.

The funeral ceremonies may take place in a church, synagogue, mosque or temple. It may be led by a priest, rabbit or a celebrant. They all include prayers to help the soul of the deceased.

Asian views on death is diverse. It makes up to 30 percent of the earth and accounts for 60 percent of the population. So far, many cultures and religions like Hindu, Islam, Buddhist and Confucianist.