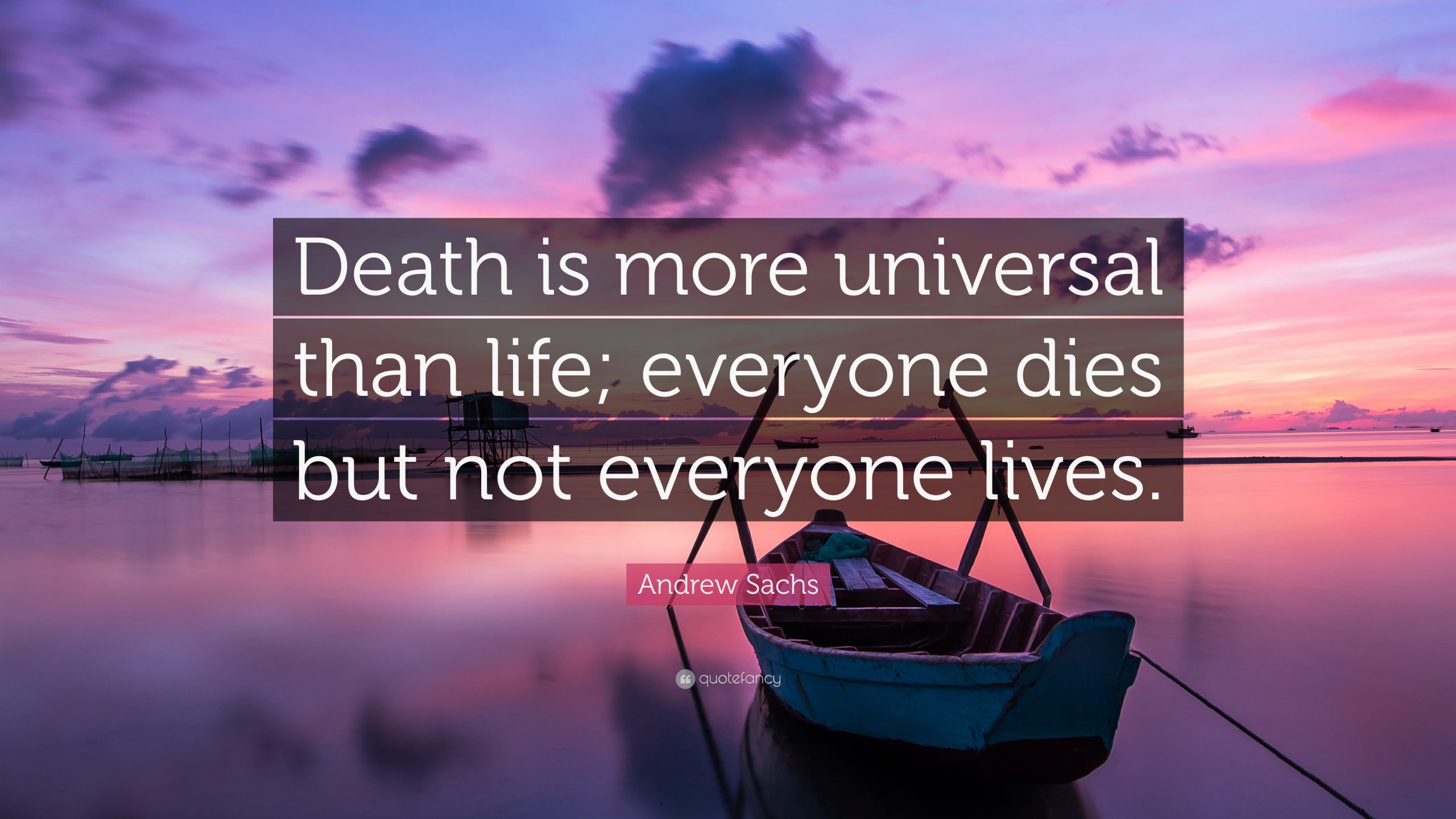 Death – a universal part of life…

Death mostly gets bad press. According to the Bible, it is ‘the last enemy’. Thus far, it is invariably the unwelcome visitor. It mostly arrives too soon, and most people fear death. So far, throughout history, many philosophers have suggested that without death we would be at a loss. It is the prospect of its coming that gets us out of bed every morning. Thus, we are driven to achieve great accomplishments. People may wish or dream of a deathless society. Thus far, without there may not be civilisation at all. So far, a growing body of testimony from social psychology may propose that these thinkers may be correct.

Death is natural, and it is inevitable. There is no denial. Whoever is born will die one day. There is a blurred line between dead and alive. Thus far, it is easier to be declared dead today than at any time in history. The standards for declaring dead have fallen so low. So far, your heart may be beating, and your brain may be creating brain waves, however, the doctor may declare as dead.

Thus far, the good news is that barely about one percent of the population may be subject to this death criteria. However, the sad news is that should you be in the one percent then you may be used for vivisection. It has been troubling humans for many centuries to determine when is a person dead. Thus, it is important to know, especially to the person who may be about to be buried or cremated. So far, we may look for foolproof clues. It is unclear to know if there is a central organ that may stop functioning when a person is dead. Moreover, is there a set of behaviours that may signal that a person is dead for certain?

For example, the ancient Greeks knew that many conditions imitate death. Thus, their test was to cut off a finger before cremation. With ancient Egypt, the responsibility stopped with the embalmer. So, Medieval Europeans were even more uncertain about who was dead and who was alive. Their records began to fill with accounts of premature burials. From the 1500s to the 1700s, across Europe, the anatomists would perform public dissections on executed prisoners. So, the difficulties were highlighted by the anatomy theatres.

Hence, death is one of the most universal experiences. It is obviously a common human fact. So far, in this sense, death is probably most prevalent than anything imaginable. For a long time, discussion on death has been a great taboo of life. Despite it being a depressing fact of life, we can never get away from it. So, for some people, it may come sooner than others. We might be given sudden news, while for others we may have time for a final goodbye.

Many health care professionals study thanatology. It is the study of death. Thus far its focus is to understand and psychological responses to the end of life. So, the study of thanatology provides health professionals and educators a better knowledge of human mortality. Hence, it helps them to provide comfort to the person who is facing death and their families.

It is complex to understand the human condition. So far, it is a difficult task. We all have funny ways to think about such situations. Especially when it surrounds your own death. Thus far, the ‘my death versus your death’ theory is a unique way we believe ‘your death’ is certain. However, for ‘my death’ there may be an exemption. Hence, in a mysterious way, it grants us to think about both, our death and our ‘eternal life’. It is something many people may find comforting.

At all times many people contemplate what it means to be alive. Thus, what happens after death. So far, evaluate if we become another being or we simply cease to exist. Many people are a little anxious to think about it. Thus far, for us to think about not living is often uncomfortable. It is simply because it is something nobody has accomplished. In fact, what it means is the person accomplishes and returns from the dead to substantiate.

Thus far, although nobody has come back from dead, there are a few people with a ‘near-death experience’. So, these people often describe a feeling of being out of one’s body. Hence, they may interact with the deceased loved ones.