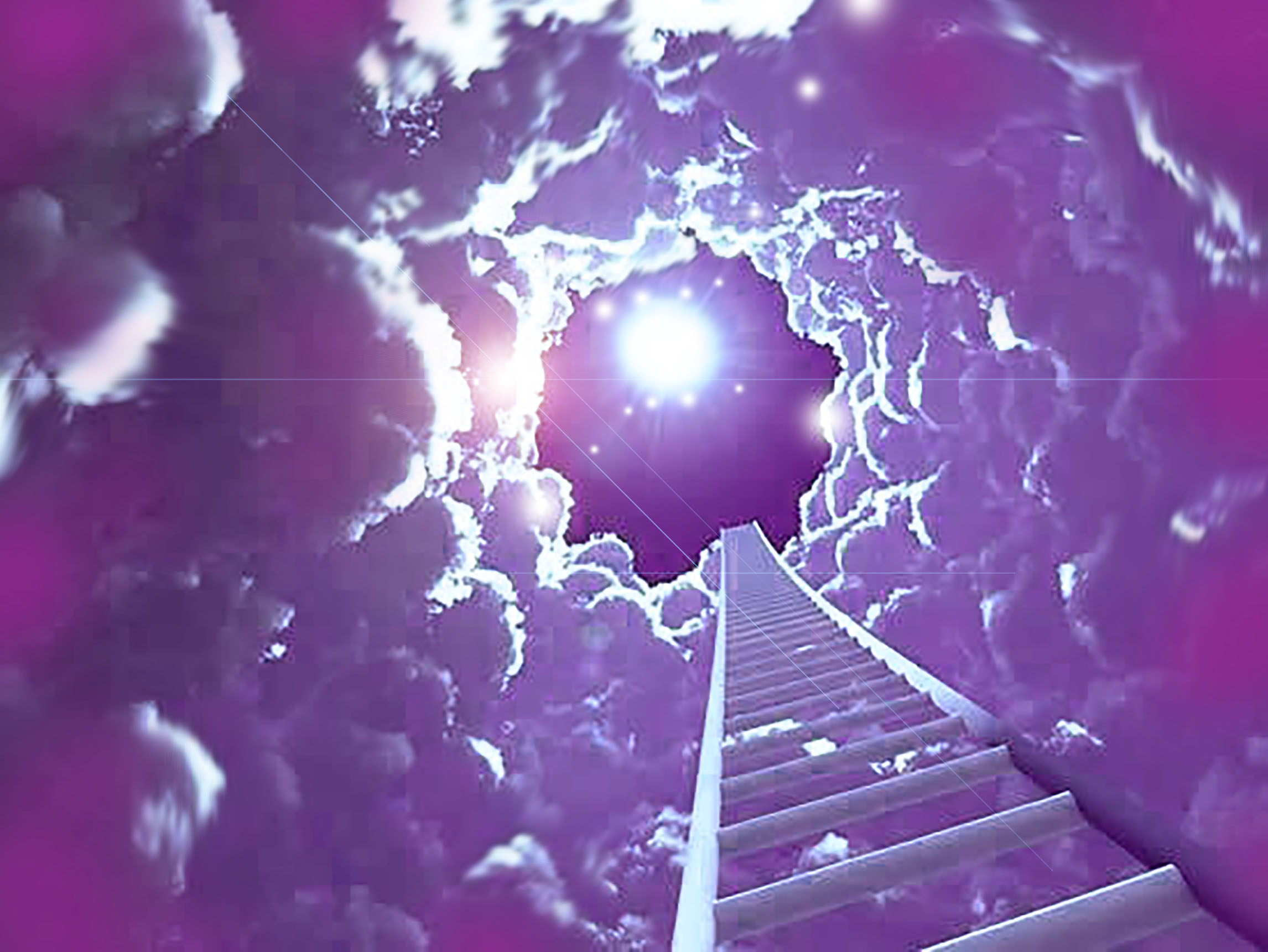 Indian religions believe in the reincarnation concept. It is a recycling of life after death. Thus, it provides the opportunity to pursue spiritual liberation. It is achieved by ethical living. The many spiritual practices help too.

Reincarnation is one of the enigmas that puzzle the human mind. It has been like so since the beginning of mankind. So, the concept of reincarnation literally means to take on the flesh again. Thus far, it means that we leave one life and go into another. Hence, the soul may take the form of a human, animal, or plant. So, it depends on the moral quality of the previous life’s actions. Thus far, as civilisation evolves, it discriminates beliefs and spreads throughout various religions.

So far, reincarnation is also known as rebirth, transmigration, and metempsychosis, which is a Greek word.

So far, the major division manifests between the East and the West. Hence, the eastern religion takes a view of being more philosophical. It is less analytical and accepts reincarnation.

However, the various eastern religions mostly Hinduism, Buddhism, and Jainism may differ in their faith in rebirth. Whereas, Islam refuses to accept it. Thus far, the most dominant religion of the world, Christianity with its origin in the west, mostly denies reincarnation. So far, some sub-sects may express interest in reincarnation.

This subject has been in discussion in the philosophical traditions of India and Greece from about the 6th century BC. Thus far, reincarnation is a religious and philosophical belief. It believes that karma governs the rise to the recycle of death and birth. So far, the process is universal and unified. Thus, some may refer to it as Samsara.

Karma is the person’s actions and deeds throughout life. So, it may be good and it may be bad. Thus, their karma determines the subsequent birth. For this illustration, a person may have done a lot of mystical deeds. Furthermore, the desire may be to continue such service at the time of death. Thus, the person may be reborn in a family that supports such desires.

Thus far the Bhagavad Gita states ‘Never was there a time when I did not exist. Neither you nor all these kings; nor in the future shall any of us cease to be. So, the embodied soul continuously passes, in this body, from childhood to youth to old age. Thus, the soul similarly passes into another body at death. A sober person is not bewildered by such a change. It is like worn-out garments are shed by the body. Thus far, worn-out bodies are shed by the dweller within the body. So, new bodies are donned by the dweller, like garments.’

The Buddhist perception of reincarnation may have a little difference. It believes there is no eternal soul, spirit, or self. Thus, there is only a stream of consciousness that may link life with life. So, the process of change from one life to another is known as punarbhava. It is a Sanskrit word that means becoming again.

The early Buddhist history discusses the methods for recalling previous births. It predicates the development of high levels of meditation. Thus far, Buddha warned that this experience may be misleading. So, one needs to interpret with care. Buddhism teaches the specific concept of rebirth. Thus far, it constrains by the theory of anatta. So, there is no irreducible atman or self-tying the lives together. Thus, it may serve as a contrast to Hinduism.

The evolving consciousness upon death becomes the key contribution. It causes the arising of new aggregate. Thus, at the death of a person, a new one comes into being. So, it is much like a flame-dying candle. It may serve to light the flame of another. Thus far, the consciousness of the new individual is neither identical nor absolutely different from the deceased. So, transmigrations are the effect of karma.

Jainism connects with the Sramana doctrine. So far, the earliest mentions of reincarnation associates with it. Thus, karma is a significant part of the Jain faith too. There is an intricate connection to other of its profound concepts. So, they may be liberation, transmigration, or reincarnation. Jains consider the soul and matter are eternal, perpetual, and uncreated. So, there is a regular give-and-take between the two. Thus far, it results in disconcert planetary manifestations in material, psychic and emotional spheres. So, this leads to the rebirth and transmigration theories.

Hence, the passage to become a supreme soul is to practice non-violence and be truthful. Daily actions are seen to have many consequences. Some may be immediate, and others delayed. This may even be into future incarnations. Therefore, the karma concept may not be in relation to one lifetime. So, it may be in relation to past lives and future incarnations. Thus far, karma is crucial for the death and rebirth cycle.

Sikh religion teaches the path of Bhakti to accomplish salvation. So far, Sikhs believe that the soul passes from one body to another until it liberates. Hence, when one performs good actions and remembers the creator, they may attain a better life. If the person carries out evil actions and commits sins, they may be reborn in lower forms of life.

Thus. reincarnation is mostly due to the law of cause and effect. However, it does not create any cast or inequality among people. Moreover, Sikhism believes that God may pardon the wrongdoings and release us.

Most main monotheistic religions refute reincarnation. Thus far, it is against their fundamental teachings. So, their belief is if one has to go through many lives, in which life do they get judged? Hence, they dismiss the reincarnation concept. However, Islam does preach the existence of the soul. So far, the principal belief is that there is only one birth on this earth. The judgment day comes after death. Thus, it determines if one goes to hell or unifies with God.

However, few Muslim sects accept the reincarnation concept. So far, the Shia and Druzes sects regard its founders as in special sense divine incarnations. Furthermore, Sinan ibn Salman ibn Muhammad subscribes to the transmigration of souls as a tenet of the Alawi. Thus far, modern Sufis who embrace the idea of reincarnation include Bawa Muhaiyadeen.

There is no mention of reincarnation in the Tanakh, the Hebrew Bible. Thus, it is not an important creed in Judaism culture. However, medieval Jewish philosophers discuss the issue. It often rejects the reincarnation concept. Although, Jewish mystical literature from their classic medieval canon onwards teaches a belief in metempsychosis of souls. So, it literally preaches the soul cycle.

Other, Non-Hasidic, Orthodox Jewish groups do support it as valid teaching. However, there is not a heavy focus on reincarnation.

Most major Christian denominations repeal reincarnation theory. Thus far, Christian belief is that when a person dies, the soul sleeps in the grave with the corpse. So far, it believes the soul sleeps until a time in the future. It is known as the last day or day of judgment.

However, Bible manifests that Jesus, himself teaches reincarnation. Thus far, there was a disagreement in understanding Jesus himself in early Christian history. Hence there was a conflict between the Church set up by Paul in Rome and the remnants of the Jerusalem Church. So, the Roman faction rejects reincarnation and pre-existence. They believe Jesus was God who becomes a man.

Thus far, the Jerusalem faction knew Jesus was a man. They believe he achieved the human-divine. Furthermore, they knew the goal of everyone was to escape the reincarnation cycle of birth and death. Thus far the objective was to have eternal life. The fact remains that Rome won the political encounter. So the orthodox definition of resurrection reduces to an end-of-time, ‘Night of the Living Dead’.